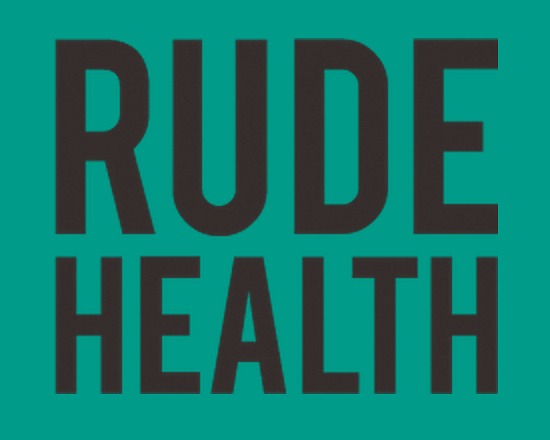 Here at Cooking them Healthy we love using sprouted grains and flours in our cooking. If we are using flour in our cooking we want it to be of good quality and work hard for us, and the sprouted flours are easier on the digestive system and have added health benefits. What’s not to like? We wanted to know more so asked the experts at Rude Health to help educate us about their wonderful range of “sprouted products”.

Prior to the industrialisation of the agricultural world, grains sprouted naturally in fields across Britain; but for over 70 years grains have been harvested and milled before they can sprout. Rude Health’s new range of organic flours and oats are made from grains that have been nurtured, allowed to sprout and then dried at a low temperature, keeping all of the fibre from the whole grain and releasing valuable nutrients. They’re raw too.

What we think of, as “grains” – rice, wheat, oats, corn and barley – are the mature, dormant seeds of cereal grasses. Just like any other seed, under the right conditions of temperature and moisture, these seeds can germinate into young plants and start the life cycle anew. By sprouting grains we’re essentially allowing them to transform from a starch into a vegetable. Your body then digests the grain as a vegetable rather than a starch, making it easier for your body to process.

Why should we be eating sprouted grains?

Nick Barnard, co-founder at Rude Health, comments, “Sprouting a grain makes it come alive and releases nutrients that are more readily absorbed by the body. Quite rightly, sprouting has been getting some serious attention in the USA for years and now it’s just about to in a big way here in the UK”.

The technical bit – nutritional benefits of sprouted grains and oats:

The options are endless for these sprouted flours, our favourites are pancakes, muffins and cakes. Recipes coming soon!! 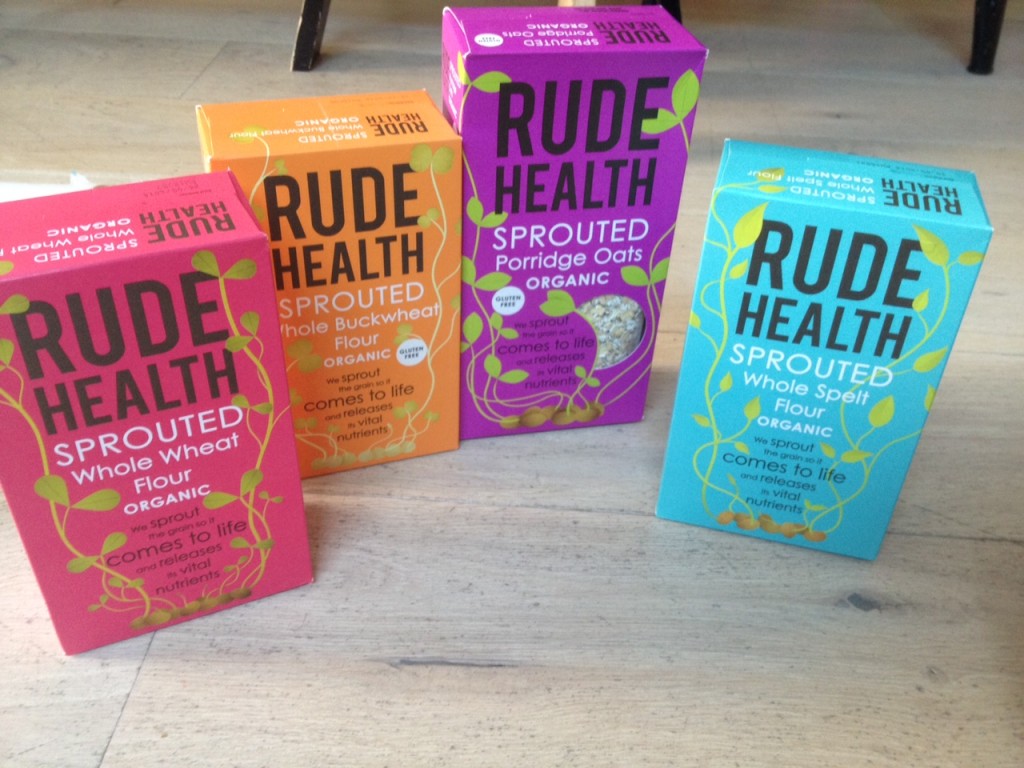 Here is more info about individual products in the range:

Spelt is the anarchist of grains. It’s tall and wavy and hard to harvest by machine, so it’s disliked by agri-business. It keeps its most nutritious parts in the kernel, so they’re not removed during the milling, ensuring you get a flour that’s high in protein, light to bake with – and sticks it to The Man.

Rude Health’s sprouted wholegrain wheat flour is made from red wheat, a variety of wheat that is rough and rustic, perfect for sourdoughs and other breads that pack some real punch. Its kernel retains plenty of the bran, so it’s high in fibre, too.

Buckwheat isn’t really wheat, it isn’t even a grain. It’s a pseudo-grain that’s more closely related to rhubarb than wheat and it’s gluten-free. Buckwheat creates perfect pancakes, blinis and breads that really taste of something.
Buckwheat’s nutty tang that’s made it a big favourite with the hippest bakers.

These oats are as pure as can be and gluten-free. Normally oats are steamed before being turned into flakes, but Rude Health’s sprouted oats are simply rolled at a low temperature. This makes for porridge with a more earthy, complex flavour and creamy texture, and a satisfying bite.

This site uses Akismet to reduce spam. Learn how your comment data is processed.

Cooking them Healthy has moved on
and is now
Little Plough Kitchen.

Still with a strong focus on easy, nourishing ingredients to create quick, uncomplicated and delicious recipes to suit all of the family.

Thank you for your ongoing support.